An early 1800’s reenactment at the George Rogers Clark Home Site of the Falls of the Ohio State Park on Harrison Avenue commemorating George Rogers Clark’s life. There are actvities for everyone to enjoy, including historic games and music, as well as demonstrations by period craftsman.

For more information click below:
Falls of the Ohio State Park

George Rogers Clark born on November 19, 1752 and later was a soldier from Virginia during the American Revolutionary War. He was the leader of the Kentucky militia throughout much of the war, Clark is best-known for his capture of Kaskaskia and Vincennes which greatly weakened British hold in the Northwest Territory and the British soon ceded.

Clark’s achievements came when he was young and before his 30th birthday. Clark had financed the majority of his military campaigns with borrowed funds. Because of record keeping during the war he was unable to claim any of the promises that he was given for his military service. He did however claim thousands of acres of land but he lacked the ability to make money from it.

He grew bitter with age and began to also struggle with alcoholism. He settled in a cabin overlooking the Ohio River in Indiana.

George Rogers Clark suffered a severe stroke in 1809 and fell into an open fireplace. He suffered a burn on one of his legs that later had to be amputated. He was forced to move to Locust Grove so his sister and her husband could take care of him. Clark was the older brother brother of William Clark who was one of the leaders of the Lewis and Clark Expedition.

In 1818 he suffered another stoke which proved to be fatal. He was originally buried at Locust Grove but later was reburied at Cave Hill Cemetery in 1889.

Given out at a celebration at George Rogers Clark Park in Indiana. 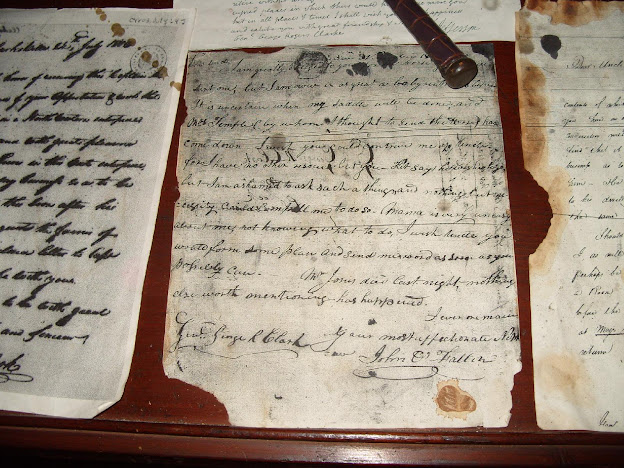