In 1843 James Howard built his first steamboat in Jeffersonville IN at what is now know as Jeffboat. In 1890 his son began work on this magnificent home and in 1894 moved in.

As you can see from the pictures all of the lighting can be used by electricity or candles. Wouldn’t this be a great idea for today! 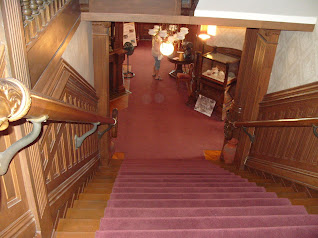 READ MORE ABOUT THE HISTORY

For 107 years, the Howard family of Jeffersonville, IN manufactored high quality water vessels and established the largest inland shipyard in the United States.