The Baxter Ave. Morgue which is located at 451 Baxter Avenue Louisville, KY is a popular “haunting ground” during the Halloween season. However, this popular attraction has a dark and mysterious past.

All pictures taken by Richard Barrett

Things To Know About The Closing Process

Waverly Hills was built in the early 1900s and was a tuberculosis hospital. During this time the hospital was one of the most modern in the United States. Many people were cured but more than 63,000 people died there.

There was a body chute that was a tunnel that ran from the hospital down the hill. During the time of when so many people were dying each day from tuberculosis- the bodies were taken out through the tunnel as not to upset the remaining patients.

After closing in the 1960s rumors of ghost and strange sightings began to surface.

(from the Courier Journal)

The rooms may be standard, and the location is a bit out-of-the-way, but Charlie Mattingly thinks his planned hotel in southwest Jefferson County will have a unique draw:

It’s a creepy, old, five-story building with a morgue, a “body chute” and guest rooms where people once lay dying of tuberculosis.

Mattingly and his architect, Kevin Milburn of Urban Designz, are dead serious about turning the old Waverly Hills Sanatorium into a 78-room boutique hotel with a spa, fitness center and meeting space for business groups.

The former hospital off Dixie Highway already is a mecca for ghost hunters, who come by the thousands each year to search for paranormal activity. A film crew from the Travel Channel was there last month, and talk-show host Maury Povich sent a crew this week.

Its haunted history was the focus of a six-hour special on the Sci Fi Channel last fall, and the property regularly turns up on lists of the nation’s most haunted places. Web sites dedicated to the property feature photos of people who mysteriously appear in windows, and audio files of unexplained noises.

Mattingly, who bought the 30-acre property for $225,000 in 2001 with his wife, Tina, said preserving the site’s haunted character will be a key part of what he estimates will be an $18 million renovation. Project details were to be announced to local officials and the media at 4:30 p.m. today.

“My intent is for this to be first class all the way,” Mattingly said of the hotel, which he said could open in early 2010 — assuming financing is arranged.

Mattingly, who grew up in Shively and until recently worked at Ford Motor Co., said that banks “more or less laughed at me” when he first began applying for loans to renovate the property.

But after seven years of upgrades, historical research and architectural studies, he said conversations about financing now are under way with Porter Bancorp, StockYards Bank & Trust, Republic Bancorp and JP Morgan Chase, and he’s confident he’ll be able to start construction late this year.

Milburn said the project should qualify for federal tax credits because of its historical significance. It’s listed on the National Register of Historic Places, though it remains heavily damaged by years of vandalism and decay. Already, Mattingly has had dozens of windows replaced, rooftops and mortar repaired and ceilings insulated. And Milburn said they soon will select contractors to oversee further construction.

Chris Poynter, a spokesman for Louisville Metro Mayor Jerry Abramson, called the project “exciting for south Louisville and for the entire city.”

Mattingly, 49, said he wasn’t a believer in Waverly Hills’ haunted reputation until he bought the place and began recording video inside. He said his films show streaks of light and glowing orbs at times when footage of the surrounding neighborhood was perfectly normal.

For the last year, the Mattinglys have lived on the property, where Tina Mattingly runs the nonprofit Waverly Hills Historical Society. The couple has relatives on both sides of the family who were treated for tuberculosis at the sanatorium.

The main hospital building, with 160,000 square feet, was built in 1926. It sits on a ridge just a few hundred yards from the bustling auto dealers, apartments and restaurants of Dixie Highway, but is shrouded in trees and dense undergrowth.

Signs posted at the entrances warn trespassers, and cameras mounted on the hospital’s exterior are there to catch would-be vandals.

The hotel plans call for a solar-powered electric system, floors made of sustainable materials such as cork or recycled rubber, and a geothermal heating and cooling system.

A parking structure would be built in front of the hospital, with a rooftop garden visible from the long concrete sun porches where patients once spent their days lying in bed. The infamous body chute is an underground steam tunnel that hospital officials used to remove bodies on gurneys, out of sight of the surviving patients.

About 3,000 people tour Waverly Hills annually, with most of them paying a $20 donation. Ghost hunters also can pay $100 each to roam the hallways all night in search of spooky noises and paranormal activity.

But since haunted hotels cater to a niche market, Wood said Waverly Hills may need to attract a wider audience to be a viable business.

That’s the approach at The Lemp Mansion, a bed and breakfast in St. Louis in a home where three members of the Lemp family committed suicide between 1902 and 1949. About two-thirds of the mansion’s guests today come for the haunted history, but spokeswoman Mary Wolff said the property also holds wedding receptions, private parties and other events.

Read more about the ghost investigations at Waverly Hills

I thought I would share these photos with you. I found them in a photo album while going through some of my father’s belongings. I think some of the pictures were taken on River Road but not sure of the year or which flood this might have been. The boat in the second picture does look very old. 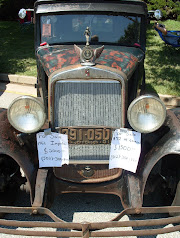 All pictures taken by Richard Barrett

Louisville’s Thomas Edison House is located in historic Butchertown, a neighborhood which has been known as the center of meat production in this city for over 200 years. It was also one of the areas Thomas Alva Edison called home during the years he lived and worked in Louisville.

Edison came to Louisville in 1866, at the young age of 19, to work as a telegraph key operator. With his skill at receiving telegraph messages, Thomas Edison had little difficulty landing a job with the Western Union located on Second and West Main Street — about eight blocks from this home. Apparently, Louisville was also experiencing a shortage of telegraph operators at the time.
Click To Read More

Both gas and electricity are supplied by LG&E, the Louisville Gas and Electric Company

To have water turned on in your new home, just call your respective water company. Most water companies operate on a five-day business week and request a 24-hour notice. Some companies bill monthly, others bill every other month. All require small deposits for new customers. The basic minimum rate covers water, drainage and sewer services. Rates may vary based on location and usage and reviewed annually for adequacy.